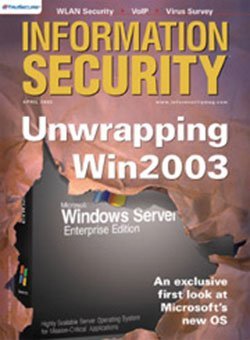 In many ways, Doug Haluza, director of engineering and new technology at Lexent, is just like any other IT professional who's recently deployed VoIP throughout his company. Since he was implementing a new WAN and changing service providers, he did his research and made sure Lexent's network could support VoIP. If you're deploying a VoIP system, continually test and monitor it...to stay one step ahead of the potential bad guys who are out there. Joel Pogar, national practice manager for information security, Siemens AG But rather than rely on perimeter security, as many VoIP adopters apparently do, Lexent, which knows a thing or two about IP telephony as a solution provider to both enterprises and telecommunications companies, has taken additional steps to prevent voice transmissions over its LAN and WAN from being intercepted. VoIP is an option that more organizations are considering, particularly those that make a lot of international calls. Haluza limits the company's exposure to the Internet, sending outbound voice through a ...