The following is an excerpt from the book Malware Forensics Field Guide for Linux Systems: Digital Forensics Field Guides written by Cameron H. Malin, Eoghan Casey and James M. Aquilina and published by Syngress. This section from chapter three explains how forensic examination of Linux systems is like an autopsy of a computer impacted by malware, and outlines a repeatable approach to conducting forensic examinations in malware incidents.

Malware Discovery and Extraction from a Linux System

Employing a methodical approach to examining areas of the compromised system that are most likely to contain traces of malware installation and use increases the chances that all traces of a compromise will be uncovered, especially when performed with feedback from the static and dynamic analysis covered in Chapters 5 and 6.

Search for Known Malware
Use characteristics from known malware to scour the file system for the same or similar items on the compromised computer.

Many intruders will use easily recognizable programs such as known rootkits, keystroke monitoring programs, sniffers, and anti-forensic tools (e.g., touch2, shsniff, sshgrab). There are several approaches to locating known malware on a forensic duplicate of a compromised computer.

Given the prevalence of security monitoring software, it is advisable to review any logs that were created by AntiVirus software or other programs that were running on the compromised system for indications of malware. Many AntiVirus programs have logging and quarantine features that can provide information about detected malware. When a system is running Tripwire or other system integrity checking tools that monitor the system for alterations, daily reports might exist showing which files were added, changed, and deleted during a malware incident.

Review the programs that are installed on the compromised system for potentially malicious applications.

Surveying the names and installation dates of programs and executable files that were installed on the compromised computer may reveal ones that are suspicious, as well as legitimate programs that can be used to gain remote access or to facilitate data theft.

Not all installed programs will be listed by the above commands because intruders might put executables in unexpected locations. Therefore, it may be necessary to look for recently installed programs that coincide with the timing of the malware incident, or use clues from other parts of the investigation to focus attention on potentially suspicious applications. In addition, look for executable files in user home directories and other locations that are commonly accessed by users but that do not normally contain executables.

Look for references to malware in the various startup locations on compromised systems to determine how malware managed to remain running on a Linux system after reboots.

To remain running after reboots, malware is usually relaunched using some persistence mechanism available in the various startup methods on a Linux system, including services, drivers, scheduled tasks, and other startup locations.

Look in all available log files on the compromised system for traces of malicious execution and associated activities such as creation of a new service.

Linux systems maintain a variety of logs that record system events and user account activities. The main log on a Linux system is generally called messages or syslog, and the security log records security-specific events. Some Linux systems also have audit subsystems (e.g., SELinux) configured to record specific events such as changes to configuration files. The degree of detail in these logs varies, depending on how logging is configured on a given machine.

Certain attacks create distinctive patterns in logs that may reveal the vector of attack. For instance, buffer overflow attacks may cause many log entries to be generated with lengthy input strings as shown in Figure 3.11 from the messages log.

This log entry shows the successful buffer overflow had “/bin/sh” at the end, causing the system to launch a command shell that the intruder used to gain unauthorized access to the system with root level privileges.

Download the PDF of chapter three to learn more.

In some enterprise environments, syslog servers are relied on to capture logging and so local security event logging is sparse on individual Linux computers. Given the volume of logs on a syslog server, there may be a retention period of just a few days and digital investigators must preserve those logs quickly or risk losing this information.

Verify that all accounts used to access the system are legitimate accounts and determine when these accounts were used to log onto the compromised system.

Look for the unauthorized creation of new accounts on the compromised system, accounts with no passwords, or existing accounts added to Administrator groups.

Combine a review of user accounts with a review of Linux security logs on the system to determine logon times, dates of account creation, and other activities related to user account activity on the compromised system. This can reveal unauthorized access, including logons via SSH or other remote access methods

Explore the file system for traces left by malware.

File system data structures can provide substantial amounts of information related to a malware incident, including the timing of events and the actual content of malware. Various software applications for performing forensic examination are available but some have significant limitations when applied to Linux file systems. Therefore, it is necessary to become familiar with tools that are specifically designed for Linux forensic examination, and to double check important findings using multiple tools. In addition, malware is increasingly being designed to thwart file system analysis. Some malware alter date-time stamps on malicious files to make it more difficult to find them with time line analysis. Other malicious code is designed to only store certain information in memory to minimize the amount of data stored in the file system. To deal with such anti-forensic techniques, it is necessary to pay careful attention to time line analysis of file system date-time stamps and to files stored in common location where malware might be found.

Scour files associated with applications for traces of usage related to malware.

Linux systems do not have a central repository of information like the Windows Registry, but individual applications maintain files that can contain traces of activities related to malicious activities. Some common examples of applications traces are summarized below.

Search for distinctive keywords each time such an item is uncovered during forensic analysis.

Searching for keywords is effective when you know what you are looking for but do not know where to find it on the compromised system. There are certain features of a malware incident that are sufficiently distinctive to warrant a broad search of the system for related information. Such distinctive items include:

FIGURE 3.19 - Salvaging deleted log entries dated Nov 13 by searching for strings in unallocated space that is extracted from a forensic duplicate using the blkls utility from The Sleuth Kit

The use of partitions in Linux to group different types of data can make keyword searching more effective. For instance, rather than scouring the entire hard drive, digital investigators may be able to recover all deleted log entries by simply searching the partition that contains log files.

About the authors:
Cameron H. Malin is Special Agent with the Federal Bureau of Investigation assigned to a Cyber Crime squad in Los Angeles, California, where he is responsible for the investigation of computer intrusion and malicious code matters. Special Agent Malin is the founder and developer of the FBI’s Technical Working Group on Malware Analysis and Incident Response. Special Agent Malin is a Certified Ethical Hacker (C|EH) as designated by the International Council of E-Commerce Consultants, a Certified Information Systems Security Professional (CISSP), as designated by the International Information Systems Security Consortium, a GIAC certified Reverse-Engineering Malware Professional (GREM), GIAC Certified Intrusion Analyst (GCIA), GIAC Certified Incident Handler (GCIH), and a GIAC Certified Forensic Analyst (GCFA), as designated by the SANS Institute.

Eoghan Casey is an internationally recognized expert in data breach investigations and information security forensics. He is founding partner of CASEITE.com, and co-manages the Risk Prevention and Response business unit at DFLabs. Over the past decade, he has consulted with many attorneys, agencies, and police departments in the United States, South America, and Europe on a wide range of digital investigations, including fraud, violent crimes, identity theft, and on-line criminal activity. Eoghan has helped organizations investigate and manage security breaches, including network intrusions with international scope. He has delivered expert testimony in civil and criminal cases, and has submitted expert reports and prepared trial exhibits for computer forensic and cyber-crime cases. In addition to his casework and writing the foundational book Digital Evidence and Computer Crime, Eoghan has worked as R&D Team Lead in the Defense Cyber Crime Institute (DCCI) at the Department of Defense Cyber Crime Center (DC3) helping enhance their operational capabilities and develop new techniques and tools. He also teaches graduate students at Johns Hopkins University Information Security Institute and created the Mobile Device Forensics course taught worldwide through the SANS Institute. He has delivered keynotes and taught workshops around the globe on various topics related to data breach investigation, digital forensics and cyber security. Eoghan has performed thousands of forensic acquisitions and examinations, including Windows and UNIX systems, Enterprise servers, smart phones, cell phones, network logs, backup tapes, and database systems. He also has information security experience, as an Information Security Officer at Yale University and in subsequent consulting work. He has performed vulnerability assessments, deployed and maintained intrusion detection systems, firewalls and public key infrastructures, and developed policies, procedures, and educational programs for a variety of organizations. Eoghan has authored advanced technical books in his areas of expertise that are used by practitioners and universities around the world, and he is Editor-in-Chief of Elsevier's International Journal of Digital Investigation.

James M. Aquilina, Esq. is the Managing Director and Deputy General Counsel of Stroz Friedberg, LLC, a consulting and technical services firm specializing in computer forensics; cyber-crime response; private investigations; and the preservation, analysis and production of electronic data from single hard drives to complex corporate networks. As the head of the Los Angeles Office, Mr. Aquilina supervises and conducts digital forensics and cyber-crime investigations and oversees large digital evidence projects. Mr. Aquilina also consults on the technical and strategic aspects of anti-piracy, antispyware, and digital rights management (DRM) initiatives for the media and entertainment industries, providing strategic thinking, software assurance, testing of beta products, investigative assistance, and advice on whether the technical components of the initiatives implicate the Computer Fraud and Abuse Act and anti-spyware and consumer fraud legislation. His deep knowledge of botnets, distributed denial of service attacks, and other automated cyber-intrusions enables him to provide companies with advice to bolster their infrastructure protection. 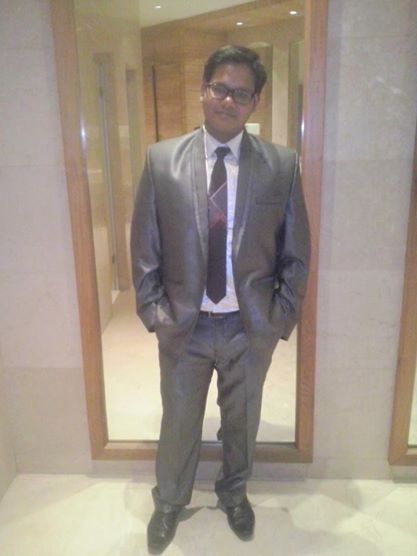 AshishSingh10 - 17 Oct 2014 5:07 AM
Hi,
What are the exact set of deliverable that satisfy the requirements of Forensics Laboratory?
Awaiting reply.
Thanks and regards
Ashish@S