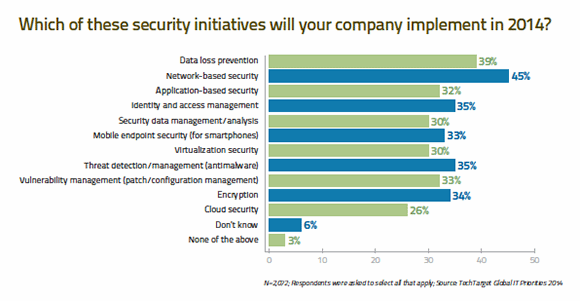 We asked the readers of Information Security and its sister sites (of which there are many) about their IT security initiatives in 2014. Not surprisingly, one-third of respondents in our Global IT Priorities Survey, conducted in Q4 2013, indicated that mobile endpoint security is part of a crowded to-do list. It ranked in the 30% range in our mobile security report data, alongside fundamental security controls including: threat detection/management, application-based security, vulnerability management, encryption, security data management/analysis and virtualization security. Only network-based security and data loss prevention ranked notably higher. 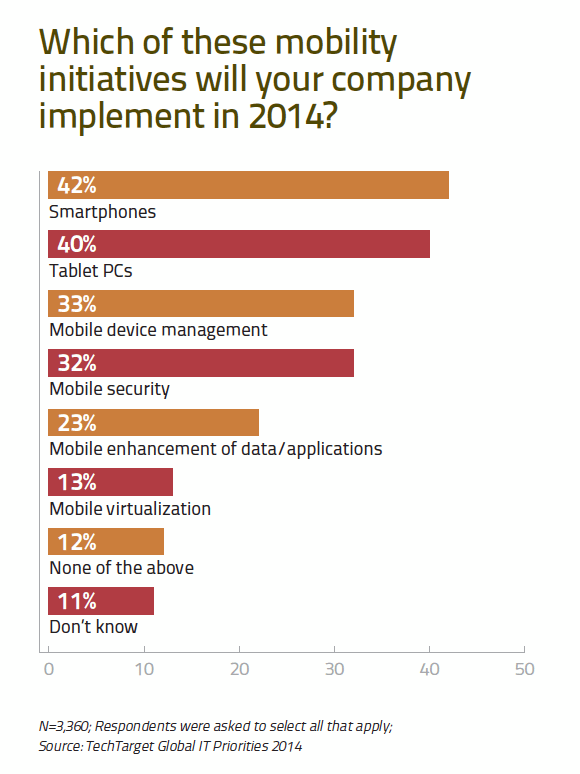 The mobile security report data is from TechTarget's Global IT Priorities survey, which electronically polled 4,151 IT managers and security professionals about their technology implementation strategies in 2014. 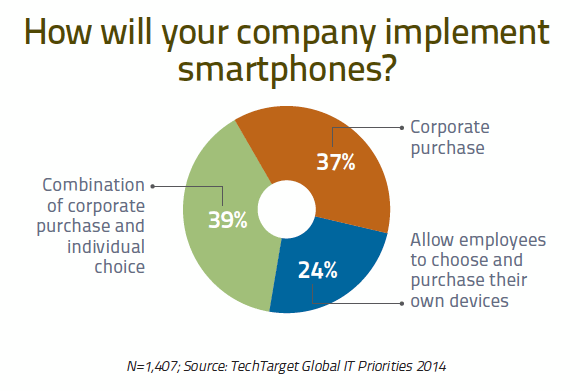 While mobile security is stuck in the middle of an ambitious list of initiatives in 2014, IT managers and corporate executives have struggled in recent years to secure their corporate data and internal networks, which must accommodate a mix of corporate-issued and personally owned devices. In an April 2013 TechTarget networking purchasing intentions survey of 2,700 IT managers, respondents ranked network security (31%) as the top priority for the next 12 months, followed by Wi-Fi/WLAN (27%) and data center network upgrades (25%). Bring your own device (consumer devices) outpaced all other categories as the top blind spot in existing implementations for network management (58%). Security (40%) ranked a distant second, followed by WLAN (31%) and cloud computing (31%), according to those surveyed. 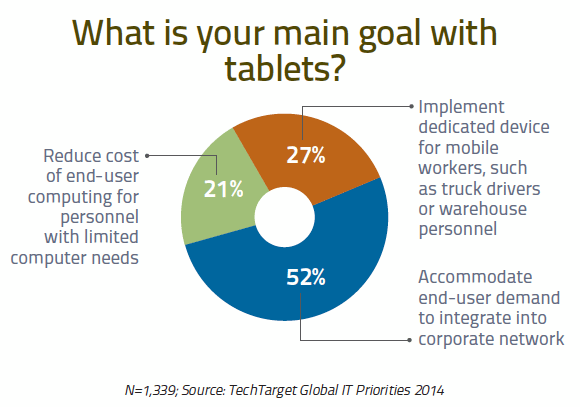 Data from the latest TechTarget Global IT Priorities survey shows that mobile device security is still a hot spot for IT executives as tablets continue to gain ground on smartphones, and some organizations are exploring mobile virtualization and other security initiatives. Despite the clamor around BYOD, less than one-fourth (24%) of those surveyed are basing their mobile device strategies on plans that allow employees to choose and purchase their own devices. Most of those surveyed said their organizations will either use corporate-purchased devices (37%) or a combination of corporate-purchased and individually chosen (39%).